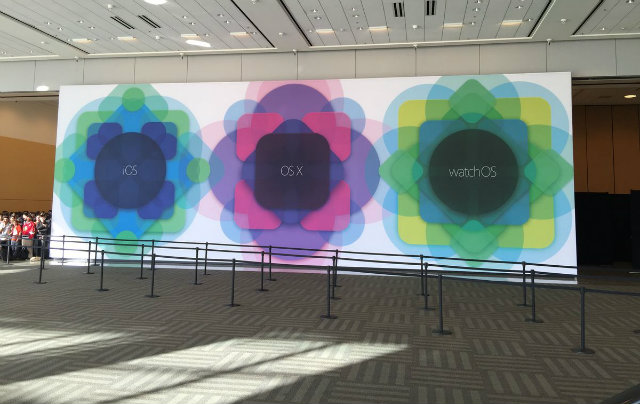 The battle rages on. The WWDC 2015 sounded like a prompt answer to Google I/O. Apple tried to overshadow the eternal rival in the race to the future of technology. Did Apple settle the score?

From the stage of the Worldwide Developers Conference, Apple unveiled the details of everything coming soon to iOS, OSX, Apple Watch. With a juicy ‘one more thing’: Apple Music.

No doubt that the last months of 2014 were all about Apple new product launches:

But 2015, till now, has seen nothing but Google: with the I/O keynote, the Big G has taken a critical step to become way more than your favorite search engine. With Android ruling the market of operating systems, the company aims at becoming the main reference for everything you do in your daily life.

Android M, Android Pay, Project Brillo and the Internet of Things, Google Now on Tap, Jump and the virtual reality: all the announcements looked like a direct challenge to Apple, and there was no doubt that people at Cupertino would steadily reply.

While Google I/O was a mainstream event after all, the WWDC did not betray its very nature of a meeting for developers. Two hours of low-key - yet solid - changes and evolutions to Apple's products, from the new versions of OS X and iOS to the update of Siri and Watch software.

Except for that controversial ‘one more thing’, there were no real fireworks. Nonetheless, we have the feeling that both Apple and Google have just warmed up the engine with skirmish keynotes to prepare for the real war. That will change the mobile market and revolutionize digital customer experience.

If you didn’t sit through the keynote and missed the announcements, here’s a recap of the highlights of the annual WWDC conference for software developers.

The kickoff of the keynote focused on the newest update for the Mac operating system, OS X 10.11, also known as El Capitan. Don’t expect a revolution or a redesign of the whole interface; the new release is more about tweaking the actual experience and improving behind-the-scenes performance.

Here's what you need to know:

The keyword to understand the improvements in the mobile operating system is ‘intelligence’. Apple will transform your iPhone into the essential companion for everything you do in our daily life. As a consequence, Siri becomes the heart of iOS 9.

Now that Google has promised 7 new models of Android Wear, combined with 4000+ new apps, Cupertino answers back with the new version of the operating system for the best seller Apple Watch. Soon, there will be several improvements and tweaks:

Here we are at the long awaited ‘one more thing’ of the WWDC 2015. Apple Music comes from the awareness that streaming is replacing download (legal and illegal) for music fruition. The growing success of Spotify, Pandora and Google Play Music forces Apple to rethink iTunes.

Apple Music, coming next June 30, is a cross-platform music streaming service powered by iTunes and filled with plenty of options that could make it the first choice for iPhone users (priced 9.99 dollars/month, 50% more for a whole up-to-6-members family). In a single app you will be able to:

One piece was missing in this year's edition of the WWDC: Apple's plans for the TV (Google just revamped Android TV). Except for this, the conference echoed Google I/O. The enemies are both building a wide, smarter, responsive ecosystem to connect everything from your home to your wrist, from your smartphone to your car. Who do you think will win?

To help you provide a strategic advantage to your organization, Neosperience has crafted the first DCX 7-Steps Checklist, with requirements and insights for a successful digital transformation. Download the free guide here:

Get the DCX 7-Steps Checklist
Receive updates from Neosperience: