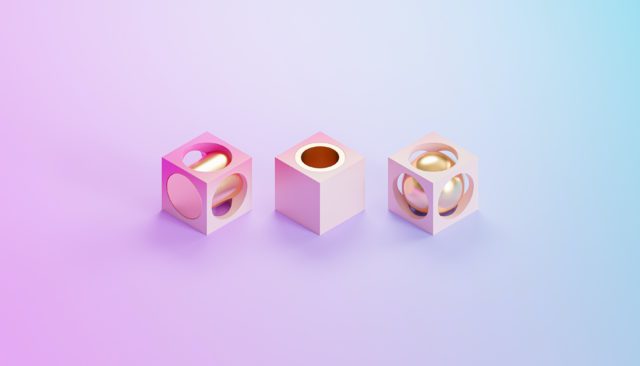 On September 20, 2022, Confindustria Brescia hosted an in-depth discussion on the "relationship between Metaverse and Web 3D" for B2B and B2C manufacturing industries.

During his speech, Dario Melpignano, CEO of Neosperience, delved into the logics of Web 3D and the relationship with the Metaverse, offering as an example operational projects such as the one realized for Colombo New Scal SpA, a Lecco-based business active in home appliance manufacturing.

We hear from all sides that the Metaverse is coming: what does this statement mean?

The Metaverse is definitely coming, but at the same time it is still morphing. Nowadays, the Metaverse is akin to the Internet in the mid-1990s, when the Web was still consolidating itself in its protocols and core components.

Today the Metaverse exists in a nutshell, in prototypical, game-like forms such as Decentraland or Facebook Horizon, but no one yet knows what form it will take in the future.

Even so, however, we can already establish some of the features of the Metaverse. First and foremost, it is part of Web3, that is the most recent iteration of the Web. Web3 is based on the idea of a pervasive Internet, whereas Web2, which was born when smartphones first hit the market, is instead limited by the size of device screens.

In the Metaverse, as well as in Web 3D, the three-dimensionality of experiences plays a central role: thanks to Virtual Reality and Augmented Reality, combined with blockchain-based payment ecosystems, a new way of experiencing the digital, but also "analog" reality, will rise.

In this regard, what is the difference between Metaverse and Web 3D?

The concept of Metaverse, at least in its current form, describes open social platforms where users can interact and create their own spaces with different devices such as Virtual Reality or Augmented Reality headsets.

3D, as in the ability to represent three-dimensional objects or spaces, is one of the enabling components of the Metaverse, but it has been around for a long time.

In contrast, Web 3D, not to be confused with Web3 mentioned earlier, is a three-dimensional evolution of the Web that poses many more opportunities in business terms.

While the Metaverse still operates on a "gamified" logic that is still difficult to interpret from a business perspective, except for some high-level branding operations, Web 3D opens up the possibility for companies to create a proprietary brand space in which to share content that represents a digital equivalent of their products or services.

Specifically, in the context of Web 3D, Augmented Reality plays a crucial role, since it doesn't replace the real world with an alternative, but it enhances it with an additional "layer" of information and content. 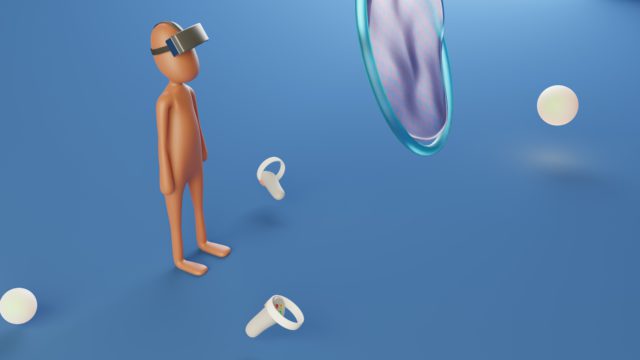 And what are instead the shared technologies between Metaverse and Web 3D?

There are many differences between the Metaverse and Web 3D, but there are just as many contact points that unite these new digital frontiers. There are seven categories at play in this field:

On one hand we find a set of experiential fruition devices for experiencing a product or service, learning about a company's product in a virtual world and in an open vision ready for any reality.

On the other hand, there are technologies that take advantage of the scarcity of the digital asset and enable a new kind of commerce, where rights are acquired by navigating a digital environment in Augmented Reality.

However, all these elements can and will have to converge toward an open, free and democratic vision: the strength of the early days of the Internet, before the concentration of power around social platforms.

We hear a lot lately about Web3: now that we have differentiated it from Web 3D, can we explicate this concept as well?

I realize that the names assigned here are not at all helpful: Web3 is the latest evolution of the Web, encompassing and integrating many of the technologies we have just listed.

It should not be confused with Web 3D, which instead focuses on the aspect of three-dimensionality and the use of experiential fruition devices, as well as the enabling of scarcity of digital assets for a new kind of commerce, but can also enhance traditional business processes. 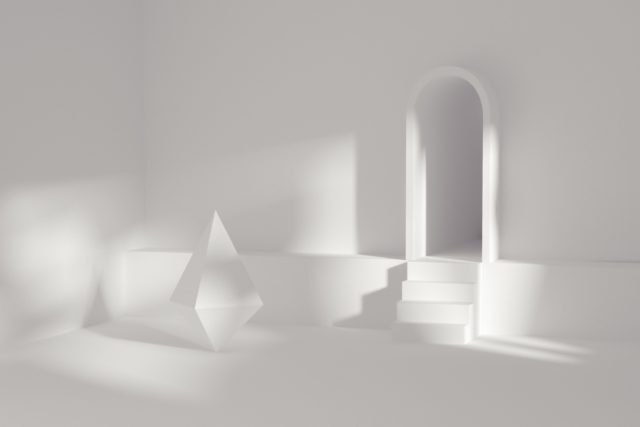 Back to Web 3D, can you give us some examples of how to strategically use this technology from an enterprise perspective, in both the Direct-to-Consumer and Business-to-Business worlds?

In today and tomorrow's businesses, it will be increasingly necessary to establish a direct and ongoing relationship with customers, developing interactive spaces within which they can experience the products and services. Kinesthetic learning, as shown by studies conducted on "learning by doing", is a very powerful tool: in fact, we remember up to 70% of what we experience, compared with 30% of what we see.

I'm going to mention three examples that are representative of the concepts we have talked about in this interview, which further demonstrate how scalable Web 3D is, from large international brands to small realities, through of course Made in Italy SMEs.

Speaking of the latter, a Web 3D project was implemented for Colombo New Scal, a historic manufacturer of home applications based in the province of Lecco, which allows products to be shown within an Augmented Reality environment.

In this way, prospective customers can not only visualize the chosen object in 3D, but also manipulate and place it within the real environment in a simple and immediate way.

This type of application of Web 3D allows companies to connect with end customers, but from a B2B standpoint it also allows stakeholders to get to know the company and product features without the need for physical interaction, thus overcoming distances and barriers.

Another significant Web 3D experience is the one carried out for Haier, a leading Chinese brand in the home appliance field. Thanks to the Neosperience Reality Plus platform, which combines virtual and augmented reality, a real virtual showroom was created, a "Home of the Future" the customer can navigate and explore.

Finally, this experiential evolution of the catalog is also applicable to small businesses: a 3D configurator of frames and lenses was developed for Radius, an optician brand, combining the commercial purpose with a combination of fun, verification and validation for the consumer.

Finally, it is imperative to mention the use of Virtual Reality in the medical field: the Johns Hopkins University has developed a technique for remote spinal surgery using the rendering technology of a video game engine and 5G connectivity.

Several companies, such as in the fashion industry, have already branched out into the Metaverse. How can a company today best use these technologies, particularly in commerce?

In an increasingly complex historical context, where companies are faced with the need to build and maintain a solid community and be resilient in the face of the many crises, the future will belong to companies that are able to establish a direct and ongoing relationship with customers.

With this in mind, the Metaverse, in the forms it will take in the near future, can be the environment where this community meets, but each company has to develop their own Metaverse, coming into direct contact with their customer base.

The key to overcoming the limitations of a technological world that has so far favored efficiency over effectiveness is empathy.

This translates into a series of best practices: putting the relationship with the customer community at the center, using the most advanced technologies to evolve toward new business models, and understanding the psychological needs of the customer without manipulating them. 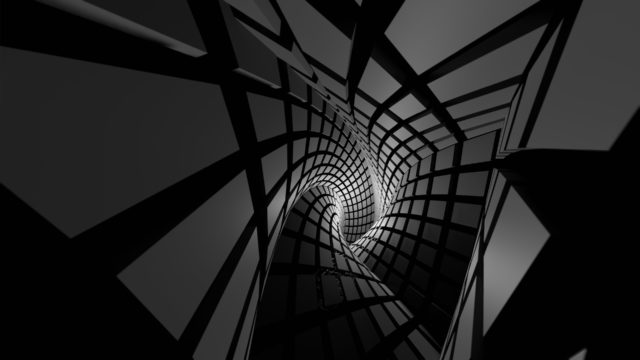 And can this happen to B2B companies as well?

Business-to-Business collaborative processes can also benefit from this evolution and become tighter thanks to Web 3D: one can quickly share a prototype with one's buyers, remotely visit an industrial plant, present products interactively, and in some cases train the customer on how to use them.

The key, in this digital transition process in the business world, is to skillfully use Artificial Intelligence and Machine Learning.

Marshall McLuhan already argued this, 60 years ago: "improvements in communication [...] make for increased difficulties of understanding." Too much information is the same as no information: data must be processed and interpreted in order to provide a meaningful benefit.

Before we end this interview, what are your wishes for the future of business in the digital world?

The concentration of power in the digital world has gone overboard, people's online happiness is not where it should be, and algorithms have become too powerful in shaping society's opinions. If we want to affect change toward a better future, for our customers and for our companies, the time to act is now.

We use a technology hat we either do not know, or we learn in a self-taught and limited way. Overcoming the neopositivist approach of Silicon Valley is possible, as studies from MIT and Copenhagen School of Business show on a conceptual level.

One way to do this in practice is to decline technology in its various applications, bringing together – in both academic training and human resources – the STEM disciplines and the cultural capital of the Mediterranean and its Humanities.

As we move from Web2 to Web3, it is time for us as entrepreneurs and beyond to inform and educate ourselves.

Having a clear idea of what is around the corner is essential in order to get informed: education allows us to positively influence the world we live in, the digital as well as the analog one, in which we interconnect in that one formidable experience we are allowed to experience that is our life.