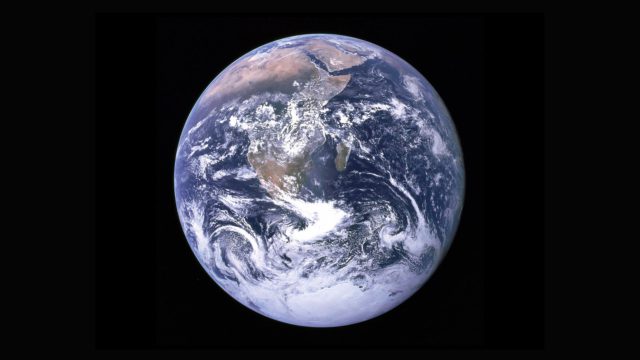 Climate change is the great challenge of the 21st century.

Within a few decades the climate on earth risks becoming unrecognizable. How much? We do not know, because today we are not yet able to predict what the post climate change world will be like, nor do we know what and how many points of no return in this battle we will have to face.

To help scientists, however, a new application of AI has arrived, able to function as an early warning system against climate change, when it approaches - precisely - thresholds from which it is impossible to go back.

The algorithm that predicts the irreversible

Chris Bauch, professor of applied mathematics at the University of Waterloo, is co-author of a recent article that reports the results of the new deep learning algorithm he has helped develop, and that is able to identify the thresholds beyond which a rapid or irreversible change occurs in a climate system.

"We found that the new algorithm was able not only to predict turning points more accurately than existing approaches, but also to provide information on what type of situation is likely to develop beyond the point of no return," Bauch said.

Some turning points that are often associated with climate change include the melting of Arctic permafrost, which could release large amounts of methane and stimulate further change in the atmosphere; the breaking of ocean currents, which could lead to almost immediate changes in weather patterns; the disintegration of the ice sheet, which would lead to a rapid change in sea level.

Timothy Lenton, director of the Global Systems Institute at the University of Exeter and co-author of the study, said: "Our method could send danger signals when we are close to a critical point. Providing early warning could help societies adapt and reduce vulnerability to the changes that are coming, even if they cannot be avoided.”

Predict changes in complex systems: are we close?

Deep learning is making great strides in recognising and classifying models: the case in question is an example of how far we have come. An algorithm that can recognize the patterns that occur before an event, and therefore know if a point of no return is coming, is what brings us closer to predicting complex, social and natural events for the first time.

"People are familiar with no-return points in climate systems, but there are breakthroughs in epidemiology and stock markets as well," said Thomas Bury, a post-doctoral researcher at McGill University and another of the co-authors. "What we have learned is that AI is very good at detecting the characteristics of non-return points that are common to a wide variety of complex systems."

The new deep learning algorithm is a "game-changer for the ability to anticipate big changes, including those associated with climate change", said Madhur Anand, another of the project's researchers and director of the Guelph Institute for Environmental Research.

So we're getting closer to what Isaac Asimov called psychohistory? We do not know, but many professionals are asking themselves more and more frequently (and it is no coincidence that the AppleTv Foundation series has just come out) if it will be possible to predict mass events thanks to new technologies related to AI, and if so with what precision and with what ethical approach.

The computing power that we have today, supported by the vast amount of data available, in fact, can only increase exponentially and therefore be decisive, also thanks to the development of quantum computers.

Conclusions: Climate change is less obscure thanks to AI

Now that the algorithm has learned how nonreturn points work, the team is working on the next step, which is to provide the data to the system to enable it to identify the trends in climate change that are developing today.

It is often said that ignorance is dangerous...thanks to AI, today we are a little less ignorant about what awaits us in the future. Will we be able to react and change as we are asked? Not even the most advanced AI on the planet is able to answer this question, for now.