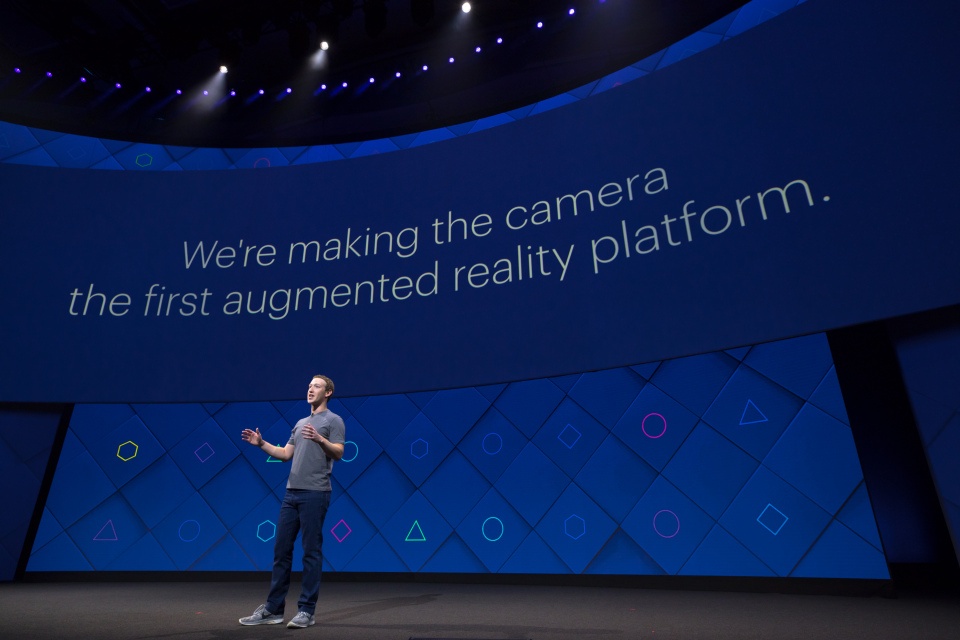 Year after year, the meeting has gradually lost its ‘developers only’ nature, to become a mainstream event where Facebook presents the new products that will - eventually - change the life of millions around the world.

CEO Zuckerberg spent almost 20 minutes outlining Facebook’s augmented reality platform, a new way for developers to build features into Facebook’s built-in camera, and a new way for users to create communities and share their experiences with friends and family.

On the developer’s side, the Camera Effects platform has two main tools:

The augmented reality has gained momentum during 2016 thank to the enormous, and somewhat unexpected, success of Pokémon Go. Blending augmented features with the power of the virtual reality technology, Facebook has developed a new world called Spaces, where users can create an avatar, then meet up with others in a digital world.

“We're all about extending the physical world online - says Mark Zuckerberg in a post on his Facebook profile - When you become friends with someone or become part of a community on Facebook, your real relationships and physical communities become stronger. AR is going to help us mix the digital and the physical in new ways, and make our physical lives better. That's why it's so important, and this is just the beginning.”

What they have in mind is a new frontier in the engagement through VR technology; an effort to turn something that has been perceived as a ‘solitary’ activity into a community activity. Pokémon Go tried the same thing, transforming a ‘static’ mobile app game into ‘moving game’ dynamics.

The potential of this new approach is endless, but the result resembles - at least now - a Second Life upgraded with virtual reality headsets. We will have to wait and see what kind of AR and VR tools the developers will build using the open platform. What we already know is that the camera of our smartphone has become the cornerstone of the customer experience.

The first day of the F8 2017 was not only about augmented reality. The AR platform was the highlight, but there were two other major announcements: the chatbot discovery tools, and the open platform to improve collaborative company work.

The first one aims at offering the easiest way to find bots. Facebook Messenger has tens of thousands of bots on its platform, so Messenger is launching a dedicated discovery tab and new QR codes that bring users directly into conversation with a bot.

The second one is Facebook Workplace: Facebook launched the enterprise version the social network last fall. The big news is that now Workplace has different enterprise partners, like Microsoft and Salesforce, to create a complete suite for coworkers to share and organize files.

If you want to discover everything that was announced at the F8 2017, here is the entire streaming video of the first day of the conference.