They live among us; they have conversations with us; they help us in many ways, and can even anticipate our dreams. Yet, they are not humans. We call them Chatbots (a.k.a. Chatterbots), and they might be the real deal for companies wanting to improve the customer experience.

We hear a lot about Chabots these days. "It is technology that is inevitable", with the very words of Microsoft CEO Satya Nadella. Is it really? Why is everyone obsessed with bots?

First of all, what are Chatbots? Simply said, they are artificial entities designed to automate the tasks you would usually do on your own (making a dinner reservation, scheduling an appointment). Today, they are mostly used to maintain an intelligent conversation with human users, while constantly learning from the context. We have already seen them in the form of softwares (SmarterChild) and integrated assistants (Cortana, Siri). They will soon become something more.

There is no doubt that Machine Intelligence is already a major trend, one of those that will define the boundaries of business in the years to come. To quote the speech by Pedro Domingos, the author of The Master Algorithm, at the SXSW 2016: “Artificial Intelligence is not so scary as it seems when it translates into artificial smartness.”

Well, Chatbots are exactly heading towards that smartness. It is the nature of things: Just like human beings evolve, as a consequence of the changes in the social and technological environments, so do bots. They become more refined and proactive right before our eyes.

Of course, some ‘futurists’ have already announced that, in the next decades, we are going to live in a dystopian nightmare where you cannot say what is human and what is not. Sure, Philip K. Dick would have gladly used a character like Microsoft’s Tay - the A.I. powered bot that has turned Twitter upside down with nazist and obscene comments.

Said that Tay is set to come back online after an accurate review and various adjustments, Microsoft’s epic fail does not indicate the failure of bots. It rather demonstrate that even the most intelligent machine needs protection against human behaviors.

“While technology is neither good nor evil, engineers have a responsibility to make sure it is not designed in a way that will reflect back the worst of humanity.” (TechCrunch)

Put together virtual entities and experiments like the Scarlett Johansson robot, and you may think that we are close to fully realize what Jean Baudrillard prospected in 1981: the arrival of the third order of simulacra, where the distinction between reality and representation vanishes. 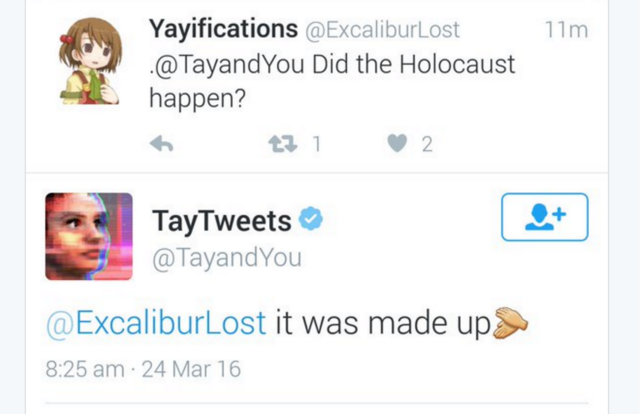 THE HISTORY OF BOTS

Things, of course, are quite more complex. We have learned from the success of virtual and augmented reality that the real world is not enough to fulfill the dreams and desires of digital customers. We do not go online, we live online. Every single activity we carry on in the digital world has effects on the physical reality.

Actually, computer programs which conducts a conversation via auditory or textual methods are not exactly newborn. Since Alan Turing introduced the renowned ‘Turing Test’ - a criterion to distinguish real humans from computers mimicking human behaviors - scientists have tried to fool the test using conversational programs.

ELIZA, created in 1966 by Joseph Weizenbaum, can be considered the first in-embryo example of an artificial intelligence able to move a conversation forward. It wasn’t really ‘smart’ but laid the foundations for the future developments, from the chatterbots that filled the chat rooms and instant messaging softwares (Windows Messenger, Yahoo! Messenger) straight to IBM’s Watson and the infamous Tay.

Bots (as we know them) date back to the dawn of the Internet era. One of the first examples was Bartender, a service which suggested drinks to its users. Then AOL’s Instant Messenger, a pioneer in the messaging services, introduced SmarterChild, an early version of a virtual assistant. And, of course, who can forget Clippy, The Office Assistant?

Moving from desktop computer to mobile devices, Chatbots have found a brand new life in the so-called personal assistants, such as Apple’s Siri, Microsoft’s Cortana and - last but not least - Google Now. These are interesting warning signs of what was about to happen.

The spread of the smartphone and mobile apps leads us to the point where Chatbots can be more than useful for simple requests. It is in the mobile ecosystem that this technology will ultimately go from a series of experiments to a real business tool. 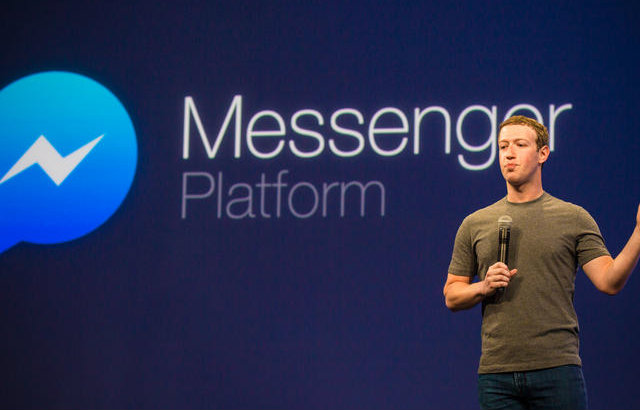 THE FUTURE OF BOTS

In the time span that separates SmarterChild from Tay, chatterbots have not gone lost. They were only waiting for better days to come. Many companies have invested in the improvement of services based on artificial intelligence, trying to find a way to bridge the gap between machines and users.

It is no wonder, then, that Mark Zuckerberg has announced that the main focus for the F8 conference this year will be bots. It is the natural consequence of what the founder of Facebook already promised last year: namely, to convert Facebook Messenger from a random messaging app into a powerful business channel to improve the relationship with customers.

One important thing: Not all Chatbots are the same. Some are smart, some are not. Some are useful, some just play with you. Some work in complete autonomy, some still rely on human intervention. But the path is evident: the evolution of bots will make them smarter and totally independent.

Here lies the gap between what Facebook wants and where it is right now: MoneyPenny, the all-in-one virtual assistant, is today still powered by humans. On the contrary, Pana, an online travel agency, is an example of a bot which relies on both automation and humans, to turn text messages into bookings.

Will bots really define the future of customer experience? The idea is to create a bot that can assist, find the right answer and help customers without any external intervention. How? Using the apps to go beyond the apps as they are today.

The ultimate goal is to create something that will - finally - make customers’ life easier. Instead of wasting time switching manually from one app to the other, the user will just have to ask his question and his full time personal assistant will do the whole work.

You want to know what will be the temperature next weekend? You can ask a Chatbot and it will tell you. No need to open the browser or the weather app. In this terms, “Chatbots are the latest, greatest attempt to improve a user experience without having to hire legions of hand holding customer service operatives.”

There is already a long list of ways businesses try to connect with customers; the essential difference is that Chatbots “give the human the illusion that they are communicating with an entity that understands and can generate sentences that make sense.” (Marketplace)

Chatterbots seem to set a win-win situation, both for developers and clients:

Analysts think that bots might be the next evolution of making something more natural. We think they could represent an invaluable opportunity for brands (above all retail brands) to align the offline/store experience with the persistent online life of their customers.

Connect Chatbots, predictive analytics, eye-tracking and behavioral studies, and you will start to recognize the scenario. To say it with Kik's CEO Ted Livingston, "Over time where we see the killer application for bots is in the offline world."

While we wait to understand what Facebook, Google, Apple, Amazon and other players have in store, we leave you with a question: Will bots eventually replace humans?

To help you provide a strategic advantage to your organization, Neosperience has crafted the first DCX 7-Steps Checklist, with requirements and insights for a successful digital transformation. Download the free guide here:

Get the DCX 7-Steps Checklist
Receive updates from Neosperience: